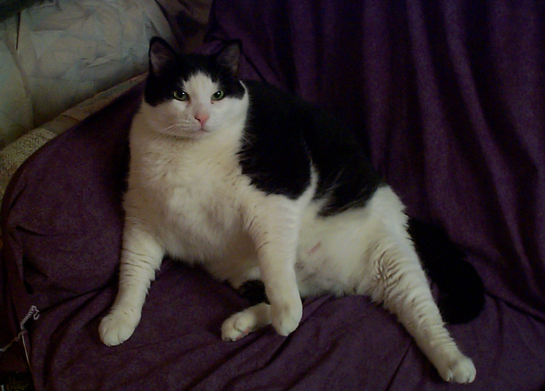 Today is five years since Bernie the Cat was last with us. Right about now, if he were still stationed on the couch, this would be the look from him. It would be easily translated as, “You got me up for this? For four consecutive wins? For Dickey and Takahashi? Wake me when we’re at least in the lead for the Wild Card. And put out some Fancy Feast for when I wake up for real. Never mind. I’ll have some now.”

Typical Bernie, never too high, never too low. But he was always as good as he looked when we were winning and looked better than anything when we weren’t. Bernie was good all over, regardless of the Mets’ performance in a given week or season. He was even good about all those naps of his I interrupted for Mike Piazza home runs, Rey Ordoñez catches and Al Leiter strikeouts. He came along when Doc Gooden was still the ace of the staff and hung in to the early days of Pedro Martinez. Bernie saw the Mets finish last and Bernie saw the Mets finish the World Series. Bernie saw plenty. He saw plenty, he ate plenty and he napped plenty.

Bernie, more than any soul I’ve ever known, had it goin’ on.

Today is five years since Bernie. This, my friends, is what a first-ballot Hall of Famer looks like.