Passed on a game for which a ticket awaited me…the weather, of course. I felt pretty bad about it once they started playing and it calmed down where I was. Somehow I managed not to fully realize just how stormed [1] the greater Metropolitan area was getting while I was fretting, particularly in the general vicinity of the railroad tracks I depend on to whisk me toward Citi Field.

Now I see sometimes missing a Mets game isn’t the worst idea in the world. (And from the looks of things [2], it appears the vast majority of 42,000 seats would agree.) 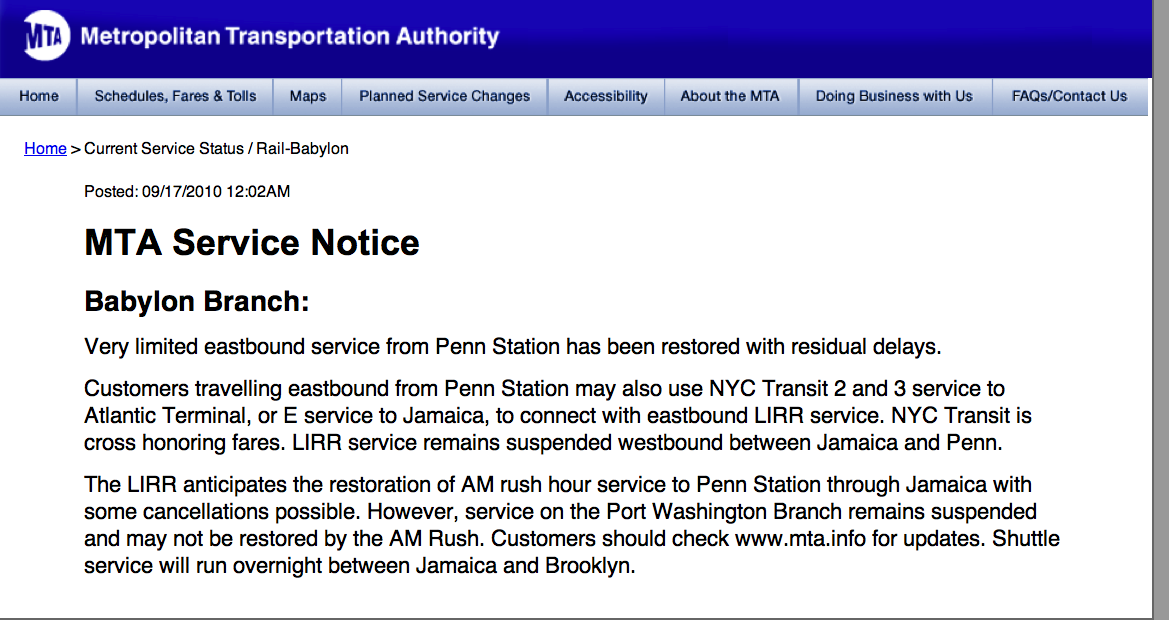 So I do have enough sense to come in out of the rain and everything else, even if a series-sweeping victory [3] got swept away from my view.

Oh well, that’s what they have TV and common sense for.

Mets making good [4] for those with tickets in hand and similar life-over-death priorities, even if it meant missing the Pirates walking their fourth consecutive plank.